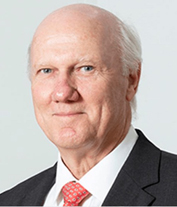 Mr Graham has had an illustrious 40-year international career in the minerals, oil and gas industries where he has held senior technical and leadership positions. Fifteen of these years were spent in Papua New Guinea.

A chemical engineer by profession, he previously served as Managing Director of ExxonMobil PNG Limited from 2009 to 2015 where he was responsible for delivering the US$19 billion PNG LNG Project.

From 2015 to 2020, Mr Graham was Managing Director and Chief Executive Officer of Ok Tedi Mining Limited.

In October 2016, he was appointed Independent Director and Chairman of Kumul Minerals Holdings Limited, which manages the state’s equity in PNG mining projects. He resigned in October 2020.

He was awarded Commander of the British Empire in 2013 in recognition for his services in the oil and gas industry, and for his leadership in community development in PNG. 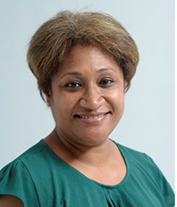 She holds a Bachelor of Science degree from the PNG University of Technology; an MBA from the Torrens University and attended the Harvard Business School Advanced Management Program.

She has served as Deputy Chair of Nambawan Super Limited; Director of Nationwide Microbank Ltd (MiBank); Founding Chair of the Business Coalition for Women; and on the Advisory Boards of Pacific Women Shaping Pacific Program and Australian Pacific Training Coalition.

Ms Taviri was the former President of the Badili Club Network for young aspiring leaders and is a current Director of the Institute of National Affairs. 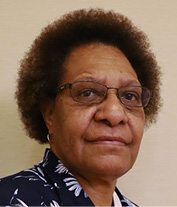 Dr Lovai is a distinguished academic with a Master of Arts degree in Social Policy and Administration from the University of Nottingham in the United Kingdom and a PhD from La Trobe University in Melbourne, Australia.

She is currently the Executive Dean of the School of Humanities and Social Sciences at the University of Papua New Guinea.

Dr Lovai is a champion for gender equality and women’s rights and in 2010, she was awarded the U.S. Secretary of State’s International Women of Courage Award for exceptional courage and leadership in Human Rights, Gender Equality and HIV and AIDs. 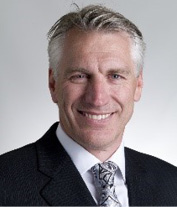 He is currently Chairman of listed on-line retailer Kogan.com (ASX:KGN) and is a non-executive director of Spirit Telecom (ASX:ST1). He is also a member of the board at Oxfam

Mr Ridder is also engaged with the not-for-profit sector. He has held interim leadership roles as CEO at the Royal Australian Institute of Architects and at Phoenix Australia – Centre for Post-traumatic Mental Health. At World Vision Australia, he has been Chief Financial Officer and Chief Strategy Officer. He has been a member of the board of B Labs Australia & New Zealand and is a mentor to a number of CEOs in the Not-For-Profit sector. 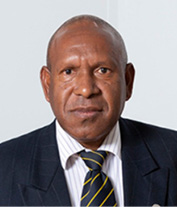 He has travelled extensively in the province and understands the challenges of people from Western Province. Mr Kaiyun is from Karemgo village in the Middle Fly CMCA region. 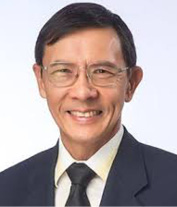 Mr Wong is a chartered accountant and is the Chairman of Republic Polytechnic.

He currently serves as an independent director on the boards of PEC, Banking Computer Services, and is a Member of the Charity Council in Singapore.

He has also served as a senior officer in the Republic of Singapore Air Force, and as an independent director on the Boards of OCBC Bank, Jurong Town Corporation (JTC), Housing and Development Board (HDB), and the National Environment Agency (NEA). 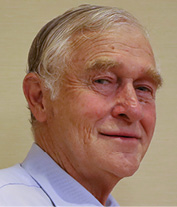 Mr Wylie started his career in brewing (Carlton United Breweries and South Pacific Brewery). He was an Assistant Secretary in the PNG Department of Finance and then the Australian Department of Prime Minister & Cabinet.

He has held directorships with PNG Forest Products (Chairman); the Institute of National Affairs; and Highlands Pacific. 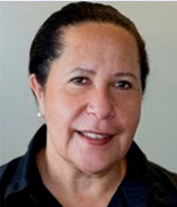 Dame Meg Taylor joins the SDP board, bringing in a wealth of experience in corporate governance, regulatory and development matters. She is an experienced legal practitioner having served in both the public and private sector, most notably on the Papua New Guinea Law Reform Commission.

She was the first woman to become the Secretary-General for the Pacific Islands Forum, having served in that position for six years before concluding her assignment in May 2021. Before that, she was the Vice President, Compliance Advisor Ombudsman for the International Finance Corporation (IFC) and the Multilateral Investment Guarantee Agency (MIGA), World Bank Group.

She was Papua New Guinea’s Ambassador to the United States, Mexico and Canada from 1989-1994. In 2002, she was made a Dame Commander of the Order of the British Empire.